It’s quite amazing how many optimists

that I run into on a daily basis. I too am a “glass half full” person, so I truly understand the optimistic mindset. While I consider myself to be a positive person I cannot hold a candle to some of the idealistic thinkers that cross my path. Recently I’ve been putting these Utopian-minded folks into 3 categories.

The Immortals – This group is the most sanguine. They are a confident group that thinks that they cannot die. They are usually young and believe that their youth and positive buoyant attitude will keep death at bay. They go about their day to day activities on cloud nine ignoring pessimistic thoughts such as death, and responsibilities.

Unfortunately “The Immortals” do die, and many times way too young. Sometimes they leave behind a family with both emotional and financial voids. They leave behind mortgages, motorcycle payments, car payments, children, spouses, and extra expenses related to their funeral.

The Conscientious Optimist – This group of optimists are so meticulous that an accident could never happen to them. They are superb drivers, their homes are danger free zones and they never take risks –Never! When they drive they are able to look 3 and 4 moves ahead of everyone else and they can actually read the minds of other drivers. These clairvoyant powers keep them out of the path of drunk drivers and they are able to spot deer before they look into the headlights.

Unfortunately just as Superman’s weakness was kryptonite, even The Conscientious Optimist is susceptible to accidents. A car sometimes appears out of nowhere, someone hits their vehicle when it’s parked in a parking lot, or they only looked away for a second and that’s when the accident happened.

The Optimistic Procrastinator – Normally procrastination is associated as a negative word, but I’ve come to realize that Procrastinators are actually very positive people. They believe

that they can wait until the very last minute to take care of a duty or a task. Some of their most often used words are, “I meant to”, or “I was just getting ready to do that”, or “there’s plenty of time to do that later”

Unfortunately for the procrastinator his optimistic view of time often times runs out. His “meant to” turns into never did, and his “I was just getting ready to do that” turns into never got it done. The thing the optimistic procrastinator doesn’t realize is that when time runs out, his good intentions aren’t worth a hill of beans. He was derelict in his duties and responsibilities in spite of his good intentions. 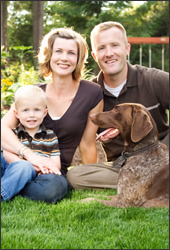 We optimists are funny people. We really do see the glass as half full. But we also need to be aware of a balancing truth. We are not immortal, we do not have a magic force field around us protecting us from accidents, and we are not promised tomorrow.

So why not rather be an optimist that is prepared for the future? Live life to the fullest, but be prepared in case it’s your last day. Be a conscientious person that avoids all accidents, but have a plan in case the unexpected happens. Today, stop putting off those “meant to do” items and get them done today.

Brian Bragg owns and operates Bragg Insurance Agency and can be emailed at brian@bragginsurance.com