Insurance is a very competitive business. It is so competitive that sometimes agents and companies will skimp on some important coverages to save the insured a few dollars in premium. This can leave the insured in a very weak position if a claim were to occur.

There are however, some good ways to save money on your auto insurance.

Insurance is very competitive, but before you go and start slashing your liability coverages, review your policy with your agent to make sure that you are taking advantage of all of the discounts that are available to you.

I recently sat down with 3 teenagers to have dinner. During the natural course of our discussion the eldest teen made a statement to the effect of, “Life is just one big disappointment.” This statement was very shocking to me, and I replied, “Life is what you make it! All of your dreams can come true!” My response got a good laugh out of all of the teens. They scoffed and mocked me for saying that their dreams can come true. This blog post is my response.

Nobody can predict the exact outcome of their life, but only the people that pursue their dreams can make them come true. Will you have disappointments? Absolutely. Will you fail along the way? Miserably at times. The biggest question to reaching your dreams is not will you fall down, but will you get back up again?

When I was a teenager one of my dreams was to play in the NFL. I pursued that dream to a point, but honestly never pursued that dream to its conclusion. I got a lazy and undisciplined as I grew older, but also something in me changed. Pursing the dream of playing in the NFL didn’t seem as important to me any longer. I had other dreams that I wanted to pursue, better dreams. One thing that I noticed was if I had given up on my dream of playing in the NFL I would have never been at the place in my life to pursue a better dream. This is why we can never give up on our dreams, they may not lead us to where we expect but they can lead us to where we should be.

Everyone has a dream, but most people never even come close to fulfilling their dream because they quit too soon. They give up. When their dream isn’t fulfilled in the exact manner and timing that they choose they simply quit.

Every hitter wants that fast ball that they can drive over the fence. It’s straight and at a constant speed and relatively easy to hit. It’s the curve balls, the off-speed pitches, and the sliders that keep hitters just off balance enough from hitting that fast ball.

In the pursuit of your dreams, expect the curve ball. It would be great if life happened in a 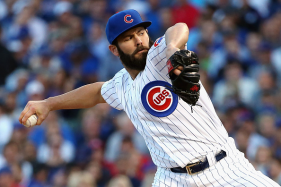 Life threw Beethoven a curve ball when he lost his hearing at about the age 26. He went on to complete 9 symphonies in his life time. He hit the curve ball into right field.

Franklin Delano Roosevelt was thrown an off-speed pitch when he became paralyzed from Polio. He kept his eye on the ball and became President of the United States in 1933. He kept the attitude that he wasn’t permanently paralyzed and used that attitude to serve as president for four terms. He hit that off speed pitch into center field.

Albert Einstein was thrown a slider when an elementary school teacher described him as lazy and that he wouldn’t amount to anything. He didn’t even speak until he as 4 years old; many people thought he was a dud. He hit the slider over the fence by pursuing his ideas and thoughts. He didn’t listen to people that told him that he couldn’t do it and that he was just a dreamer. He went on to develop the theory of relativity and is widely considered to be one of the most intelligent people ever to live.

Likewise, when unfortunate things happen to you (and they will), when you are told that you can’t, and you re told that you are just a dreamer, stay in on that pitch and hit it over the fence!

One of the reasons that I did not hotly pursue the NFL is because my desires changed. I no longer valued playing in the NFL as greatly as I did when I was younger. I had met new people, learned new things, and my perspective on life changed. I was beginning to understand that life was about more than my vain attempts at my own glory through the NFL. My dreams were changing because my perspective had changed.

When I was pursuing my dream of playing football, I sometimes used that platform to tell of God’s working in my life.  I tried to give Him the glory for my talent and any success that I had. I met different people along the way that helped to form my character into who I am today. God used my pursuit to teach me more about Him and to draw me closer to Him. In fact, I came to the knowledge of saving faith of Jesus Christ through an organization called Fellowship of Christian Athletes (FCA).  The only reason that I went to FCA was in pursuit of my dream of becoming a star athlete.

As I’ve grown older my desires and dreams have changed several times. Each time they have changed, God has used those dreams to help shape my character and has opened new doors to meet new people and to learn new things. My job is to pursue the dreams that He has given me and to draw closer to Him.

For many people, life is a big disappointment, but it doesn’t have to be. Life is what you make it. If you are deaf you can still be a composer, if you lame you can still be the president, if you are regarded as a dud you can still be brilliant. Hotly pursue the dreams that God has given you and allow Him to direct your paths and do so with an attitude of thanksgiving along the way.